Analytical techniques have been popularly used in quality testing for pharmaceuticals and food products. With their advent in diagnostics, the avenue and scope of testing widened and ability to screen and quantify analytes in nanogram became a possibility. When molecules in the mixture are very similar, direct quantification becomes difficult. HPLC is a form of column chromatography used frequently to separate, identify and quantify compounds. It consists of a stationary phase that absorbs the analytes and holds them for a particular time. 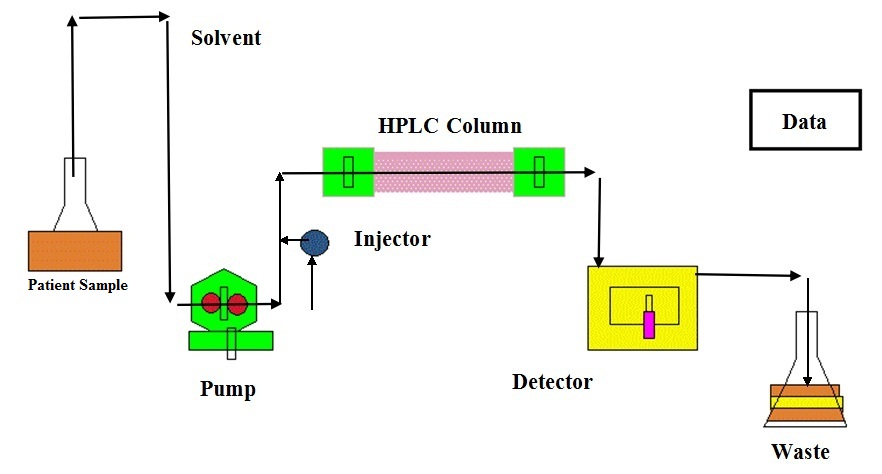 HPLC is an automated version of column chromatography, which involves use of a stationary phase in the form of a column, a mobile phase, complete with a pump and a detector. The sample is injected within the column and mixed with the mobile phase followed by being pumped under high pressure. The analytes in the sample mixture interact with the stationary phase within the column differently depending on their chemical nature. Some might be retained for a longer time as compared to others and will be hence eluted at a later stage. Finally, all the eluted components are recorded by the detector and expressed in the form of a chromatogram. This chromatogram depicts each analyte within the mixture in the form of a peak plotted against the retention time (RT). The area under the curve (AUC) is generally depictive of the concentration of the analyte.

The main advantage of this technique is the platform is open and can be exploited to develop and standardize any protocol of interest. The sensitivity is very high, and with an appropriate choice of mobile phase, column and detector, multiple analytes can be identified and quantified in a single assay run.

HPLC is definitely a technology, which has emerged to be a strong support for the dynamic laboratory floor. Availability of robust HPLC analyzers pre-designed for analysis of certain biochemical analytes are available in abundance today in the market. For analysis of glycosylated hemoglobin (HbA1c) fraction, HPLC has been declared to be the “gold standard” technology. In the field of diagnostics, HPLC is widely used for HbA1c as well as thalassemia screening testing. The HPLC analyzers are designed and engineered for analysis of specific hemoglobin fractions and are supplied with buffer for mobile phase as well as column by the manufacturer. Also, the level of automation is such that sample pre-treatment is also handled by the analyzer itself thus further reducing manual intervention.

The HPLC analyzer in our floor is the Bio-Rad VARIANT II TURBO used both for HbA1c analysis as well as beta-thalassemia screening. 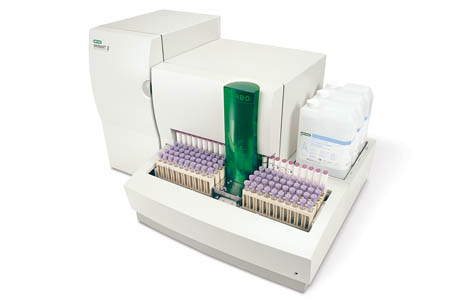