Flow cytometry is a technology used for rapid cell count analysis and forms the pillar for a basic blood count test. This is basic technology supporting any pathological laboratory involved in providing blood count services. However, in recent times, along with enumerating basic blood cell count, technological advancements have introduced the possibility to include wide variety of rare cell population enumerations as well, which end up increasing the diagnostic value of the report generated.

Flow cytometry involves enumeration of cells in a liquid flow. The cells are either tagged with fluorescent antibodies or are stained and suspended in a liquid stream within a flow cell. The pressure of the sheath buffer ensures the cells flow in a narrow stream toward the laser source, and the beam hits only one single cell at a time. The incident light on the cell is then scattered forward as well as sideways. This scattered light is captured by the optics in the analyzer and directed to the detector. The cells are analyzed on the basis of their shape, size as well as internal complexity.

Analyzers which aid in flow cytometry analysis are equipped even with softwares which aid in performing detailed analysis. The throughput is generally very high with each analysis requiring less than a minute. The final output by the software is in the form of a scattergram plot, in case of a heterogeneous cell population analyzed. The analyzers in our floor which work under this principle include:

What is notable and worth mentioning, is the ability of the SYSMEX XN 1000 analyzer to provide a 6 part differential count, which includes the immature granulocyte count (IG). This analyzer can also detect and enumerate nucleated red blood cells (NRBCs) if present in a patient sample. Presence of both IG and NRBC indicates bone marrow stress and provision for their analysis in a simple blood test increases the significance and scope of testing. 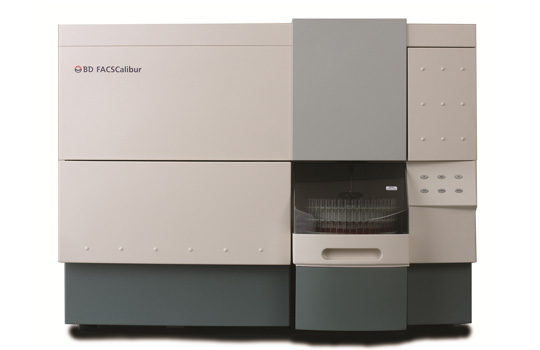 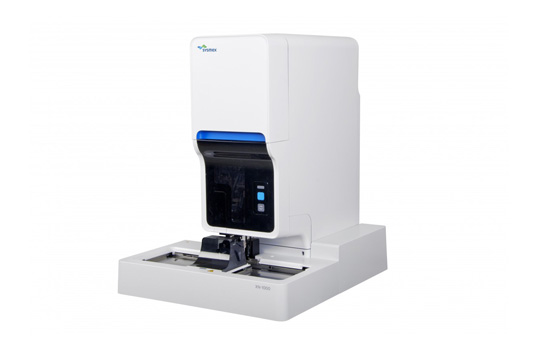